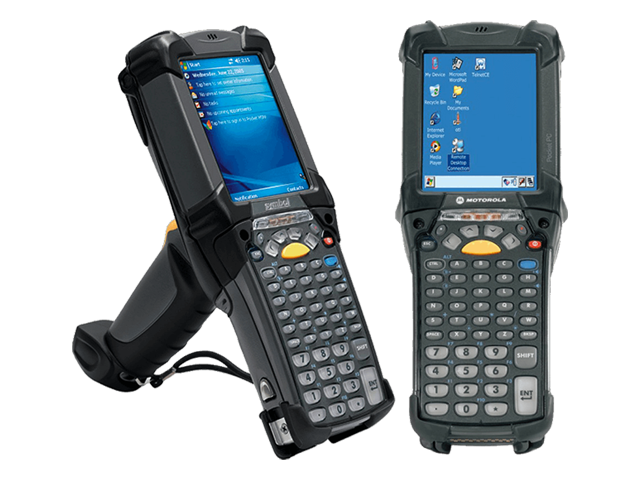 Service Electric Supply, Inc., a wire harness and custom cable manufacturer, has been using barcode technology in their physical inventory process for years. However, this technology was only being utilized in a single section of their warehouse. SES needed a solution that could bring the speed and accuracy of barcode technology to their whole warehouse.

SES's smallest inventory items are kept in barcoded bins. These bins are shelved on a motorized carousel. When activated, this carousel rotates shelves of these bins along a oval track. A data entry terminal sits at the head of this carousel, where a corded barcode reader scans the barcoded bins. With this corded scanner, SES can quickly and accurately inventory these items.

The problem was with SES's larger inventory items which were stored in other sections of the warehouse. These items were inventoried with the old pencil and paper method, which was not only slow but was also prone to errors. SES needed a wireless solution that could be used anywhere in their warehouse.

As the foundation for this solution, we chose the PSC Falcon 325 mobile computer. This unit has an integrated Cisco Aironet wireless network card, giving it WiFi connectivity. And because it's an x86 computer, it can connect directly to SES's inventory management system using PowerNet Twin Client, a DOS based terminal emulation program. With an integrated barcode reader, keyboard and screen, this rugged little mobile device has all the functionality of a wired data entry terminal.

For network connectivity and compatibility, we chose Cisco Aironet 1100 access points. These access points also support inline power, provided by Cisco Power Injectors, which was a must since these wireless access points were attached to the warehouse's superstructure far above any power outlet. This high vantage point provided unobstructed wireless network coverage to the entire warehouse.

Through the use of mobile computers with wireless technology, the physical inventory of SES's entire warehouse has become a breeze!

UPDATE: We upgraded this solution in 2015.  We now use Motorola MC9090 mobile computers and Ubiquiti Unifi APs.

PSC Falcon 325
Mobile computers were used in the warehouse to take inventory.

Cisco Aironet 1100
The mobile computers connected to the network through these WAPs.